When Brendan Eich, the co-founder of Mozilla and inventor of JavaScript announced last week that he was not only producing a new web-browser, but that his new browser would address the issue of adblocking, the Internet stood up and took notice.
Eich’s new browser, “Brave” is based on a simple premise:  Faster, more respectful advertising, less tracking and greater privacy. The Brave browser swaps out “bad ads” for “lite ads” which contain no malware and don’t track users. What’s not to like?  Users who object to even these “lite” advertisements and want a completely ad-free browsing experience will be given the option of supporting their favorite sites via BitCoin payments which are shared between Brave and the website’s publisher.


So with no-tracking, no malware, and “lite” ads (or no ads at all in exchange for BitCoin) have we arrived at a utopian web where users and publishers live in mutually beneficial harmony?
Of course not.
Brave won’t work because it fails to address the fundamental “problem” of AdBlocking.
If users were presented with just two options, a slow, bloated web filled with intrusive ads which violated user-privacy, on one hand.  And on the other hand, a web with fast-downloading “lite” ads which contained no tracking whatsoever — the choice would be simple.  The latter choice would be an obvious win.
But what Eich and so many other entrepreneurs in the adblocking space seem to ignore is that there is already a far better option from the consumer perspective:  No ads at all.
A totally free web with zero ads, is always going to be faster and cheaper than anything Brave can offer.  So why would any consumer choose Brave’s apparently sub-optimal solution?
Eich’s answer: Sustainability.
Eich commendably seeks the holy grail of a sustainable web.  A web in which publishers can continue to produce endless content, and users can avail themselves of it — for free.  Clearly, the ad-blocked web is not that.  As Eich notes on Brave’s website, “With enough people blocking ads, the Web’s main funding model is in jeopardy.”  And with ad-blocking rates in excess of 50% for some websites, the future is looking increasingly bleak for many publishers.
As much as I wish he were on to something, where Eich gets it wrong is his assumption that enough of the Web cares.

Ad-blocking as an “environmental” problem

A good analogy to the problem of ad-blocking is environmental conservation: We all know from reams of experience that if consumers are offered a cheaper, yet environmentally irresponsible option vs. a more expensive, yet environmentally conscious option: The vast majority of consumers will sadly choose the cheaper option.  Better-for-me unfortunately trumps better-for-everyone  just about every time. Legislation and massive campaigns for social consciousness have helped to tip that balance in environmental terms, but few such forces exist online for the benefit of the web eco-system. 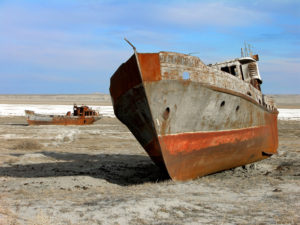 The notion of a business model which asks users to accept a perceived sub-optimal browsing solution vs. the perceived optimal experience of  ‘no advertising’, simply on the basis creating a sustainable, publisher-conscious web eco-system is a noble yet hopelessly idealistic pipe-dream.
Today’s Internet denizens remain blissfully unaware that their endless oceans of free web-content are threatened. Many have grown up in a world where content is just free. So divorced is the perception of advertising from the public’s understanding of journalism’s business model, that many millennials see advertising is an illicit attempt to monetize that which would otherwise just exist for free.
As with every other facet of consumerism, the majority cares little about sustainability as long as they’re getting what they want, now.
So what would make Brave not fail?
Less idealism.
Blocking Adblock certainly helps.  Putting a firm barrier in place against the option of a 100% ad-free, ad-blocked web is the first step.  But simply asking users to put their social-consciousness before their personal-benefit is unfortunately not likely to be a solution that re-captures any significant percentage traffic lost to ad-blocking.
The solution to the problem of ad-blocking is not just asking everyone to “understand”.

15 Replies to “The new Brave browser. And why it's not going to work.”