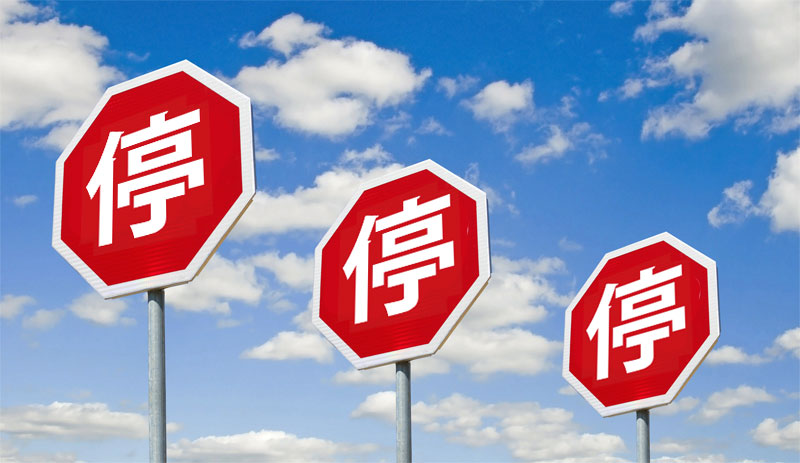 Six months ago China’s State Administration for Industry and Commerce raised eyebrows around the advertising world by banning ad blockers.
Or at least that’s what everyone thought.
Since then the legal follow-through hasn’t been nearly as dramatic as the legislation first suggested.
The regulation, otherwise known as Article XVI of the “Interim Measures for Internet Advertising” seemed to suggest that distributing adblockers would be illegal as of September 1st, last year.
Here’s the passage relevant to adblocking:

Article 16:  The following practices related to Internet advertising shall be forbidden:

1) To provide or to use applications, hardware or third party ads to block, filter, cover, fast forward or restrict (the display of advertising).

2) To use network access, network equipment, applications or other means to interrupt the normal transmission of advertising data;  to tamper with or block legitimate ads of third-party businesses; or to load “unauthorized” advertisements.

(Translation by Henry Li for BlockAdblock )

“To provide or use applications” which “block .. or restrict the display of advertising” would certainly appear on it’s face to be a ban of ad-blocking.
So why haven’t Adblock, Adblock Plus, Ublock Origin, AdGuard, or Alibaba’s ad blocking UC Browser disappeared from China’s version of Google’s Chrome Store or Apple’s AppStore? 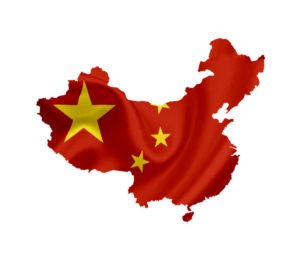 Ask ten people in China and you’ll likely get ten answers. What follows is a best guess.
First, it’s important to note that adblocking in China looks almost nothing like adblocking in the West. In China, adblocking is very much a ‘mobile’ problem. A whopping 36% of China’s mobile users use a mobile web browser which blocks ads. By contrast only 1.2% of US users use an adblocking web browser on their mobile device.
Second, it’s important to note that the meaning of the regulation was never crystal clear. As AdAge reported at the time, legal opinions were all over the map:

— Eugene Low, a partner at the Hong Kong office of law firm Hogan Lovells, said he thinks it does ban ad-blocking. That wasn’t a surprise, he added, because there was a similar article in a draft version a year ago, and because there have been legal cases on blocking under China’s Anti-Unfair Competition Law.
— But Justina Zhang of TransAsia Lawyers, who is a member of the Global Advertising Lawyers Alliance, said in an email that “we do not believe this particular article prohibits all ad-blocking services.”
— Steve Dickinson, an attorney with Harris Moure, pointed out after an initial read that the article appears to be targeted at those involved in online advertising.
“The regulation does not mention users, and it does not purport to restrict the right of users to block some or all ads,” he wrote in an email, adding that more research into legislative history would be needed to confirm that.
“Only ‘participants in online advertising activity’ are mentioned,” he wrote. “Is a ‘user’ a ‘participant? I don’t know, but I don’t think so.”

But the disagreement over the initial intent hardly explains Beijing’s utter lack of clarity in the six months since the publication of the regulations.
So what’s going on?
The answer may lie with the enormous political clout held by Alibaba.
Alibaba’s own UC Browser is currently the most popular mobile browser in China (by far) and is near the top of the list for Chinese home-grown digital properties which consistently beat the offerings from international heavyweights Apple and Google.
Unlike the leading international browsers, Alibaba’s UC Browser blocks ads by default. 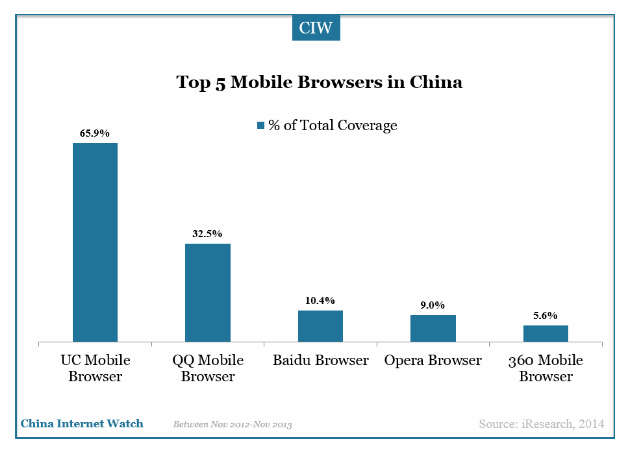 A significant factor in the success of Alibaba’s UC Browser is its widely publicized ability to not only block ads, but to reduce users’ monthly data costs: A powerful value proposition in an emerging market. From a competitive perspective, last years’ anti adblock regulation would strip away the top feature that propelled UC Browser to its position in the lead. (Great firewall aside, of course).

But the rabbit hole most likely goes deeper.

Beijing is increasingly reliant on big data for “security and stability”. And Alibaba is looking more and more like the cornerstone in Beijing’s data collection efforts. So much so that Alibaba CEO, Jack Ma’s recent statements sound like an open invitation for China’s security agencies to mine its user data.
As Scott Cendrowski observed in Fortune:

Ma didn’t directly mention Alibaba’s data being used, and he was answering an invitation to talk to China’s security officials. But Ma came close to encouraging Chinese police to search his company’s data.

Why? Because China.
Or as Bloomberg News put it more eloquently:

Ma’s stance resonates with that of China’s ruling body, which is establishing a system to collect and parse information on citizens in a country where minimal safeguards exist for privacy.
A draft cybersecurity law unveiled in July last year grants the government near-unbridled access to user data in the name of national security. New anti-terror laws that went into effect on Jan. 1 allow authorities to gain access to bank accounts, telecommunications, and a national network of surveillance cameras called Skynet.
“I imagine Jack Ma sees benefits not only in staying in the government’s good graces by actively monitoring citizens though data mining, but also undoubtedly a business opportunity,” said Jason Ng, a New York-based researcher with Citizen Lab, which has conducted studies exposing weak information security among Chinese companies.

Key to Beijing’s data gathering objectives is control over its app ecosystem. And as anyone who has spent time in the PRC knows, the Great Firewall isn’t particularly difficult to bypass. Simply regulating the availability of apps won’t cut it. When the most popular browser in China (by a longshot) is manufactured by a company whose role is increasingly essential to Beijing’s data mining objectives, killing its best feature and scattering its users to the wind is probably not going to happen.
Johnny Ryan at PageFair echoed the importance of the regulation at the time: “The largest market in the world has just made illegal the key feature of one of the largest mobile browsers, which is itself owned by the largest e-commerce company in the world.”
How tightly wound is UC Browser with Alibaba’s data collection efforts? That of course is unknown to anyone outside of a small group of insiders. But when Beijing’s widely understood goal is to monitor the Internet behavior of China’s 721 million Internet users and mine their data, any regulation that would likely disperse those users to apps made by manufacturers outside of government influence seems doubtful.
Could China still enforce its “Interim Measures for Internet Advertising” and ban Adblock? Anything’s possible. But given the priorities of the players on the field, it’s not looking likely.
China’s independent publishers still face an existential threat.

17 Replies to “It's been six months since China banned ad blockers. And?”