Mediatel’s Connected Screens media and advertising survey is out and it paints a grim picture for ad-supported media: According to Mediatel, adblocking in the UK has now hit 44%. 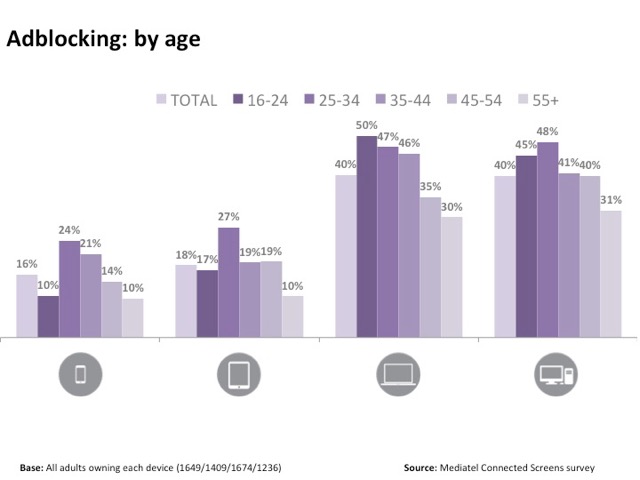 If we net these together, 44% have installed an adblocker on at least one of their connected devices.
…
You will have noticed that adblockers are far more likely to be installed on laptops and PCs than on tablets and mobile. This may correlate with the higher amount of browser-based web access (where adblockers will have the most beneficial impact) compared to more app-driven access on tablets and phones.

Are things worse than we thought?

Back in March of this year, we plotted out Adblock growth rates as reported by the IAB UK and created the chart below. According to their preceding quarterly numbers, our best guess for October 2016 was around a 34% adblocking rate. 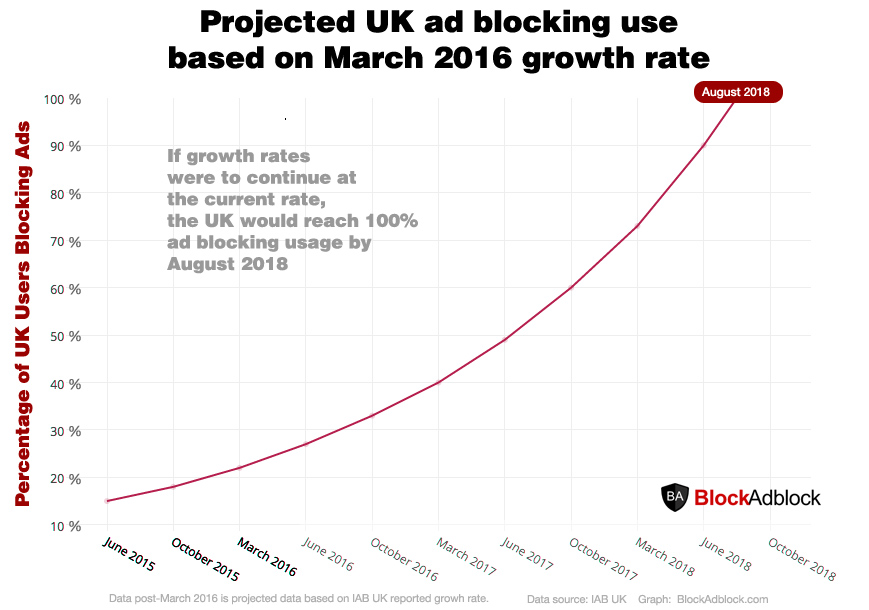 If Mediatel’s survey is an accurate representation of UK web users, the adblocking problem may be growing far faster than we thought.  We’re a full ten points higher on the chart from where we thought we’d be. Which may also mean that the “D-day” of 100% adblocking is a lot closer than the projected date of August 2018.