Ok, color me surprised.
Apple just approved an ad blocking app that not only blocks ads on apps, but even blocks ads on Apple’s own News app!
So …either all those theories about Apple’s acceptance of ad-blocking being part of a strategy to corral publishers into the News app are false… or someone over at the AppStore fell asleep at the wheel and let this app slip through.
The new app, awkwardly named Been Choice,  apparently removes ads not just from websites on the mobile Safari web-browser (as one might expect) but on apps downloaded from the AppStore as well.  Clearly, this is bad news for all those publishers of free apps.  But it’s also rather puzzling from a strategic perspective.
Wasn’t the point of the News app to create a new revenue stream for both Apple and publishers?
As Vlad Savov noted over at The Verve:

Publishers struggling to monetize their content in Apple’s mobile browser will be induced to participate in Apple News, where they’ll have to use iAd, Apple’s advertising platform. It all amounts to more control for Apple over how things look and function, and, importantly, how money flows from consumer to content provider.

So yeah, about that “money flowing”.  Apparently this little app just put the nail in the coffin of that grand strategy.  Or did it? 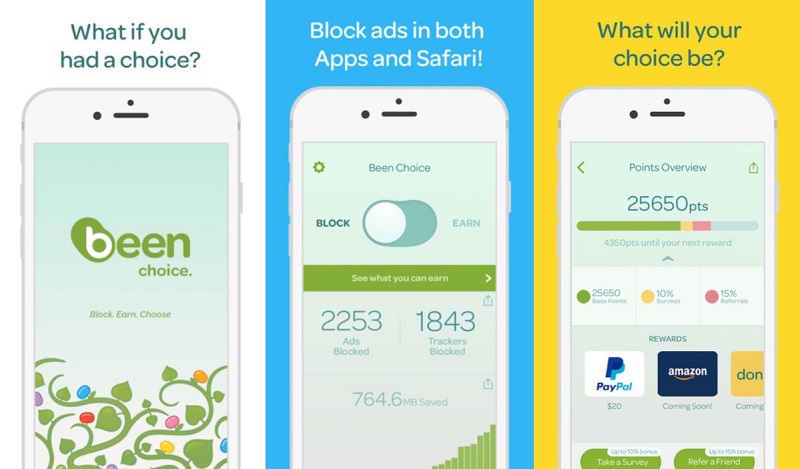 Anyone want to place bets on how long this app lasts on the AppStore before the editors realize they’ve goofed?
And of course, any user who objects to advertisers infringing on their privacy, and then uses a proxy-service like Been Choice, deserves exactly what’s coming to them:  Which is a far greater loss of privacy than before they blocked ads.