As just about everyone knows, Digital Millennium Copyright Act or DMCA is a United States copyright law that applies to all copyrighted digital media.  While originally penned to curb the illegal copying and distribution of digital media — there’s a good chance the DMCA applies in part to some practices of Adblock Plus and other adblockers. 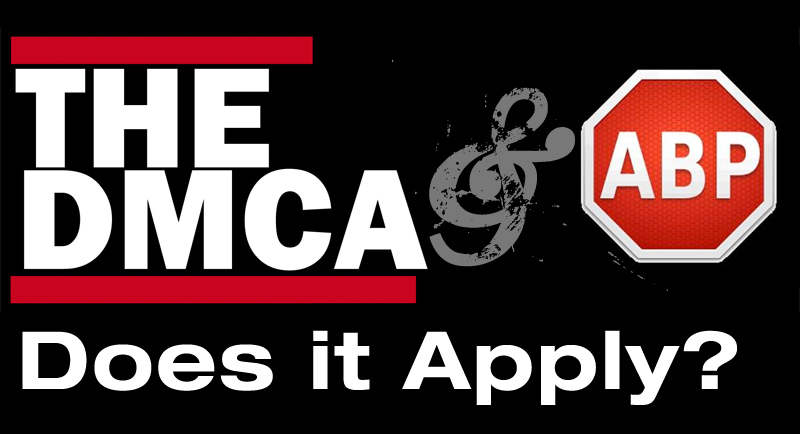 Big fat IANAL disclaimer: Before we dig in, let me state for the record that I am not a lawyer or legal expert.  But having founded 3 companies and exited two, I’ve had many years of professional experience with copyright issues, trademark cases and even WIPO actions.  My personal experience with copyright lawyers is that if you ask ten of them for their opinion on any given topic — you’re probably going to get ten completely different answers. In my experience, this tends to be a topic with a whole lot of ‘wiggle room’. So to anyone reading this post hoping for answers, you’re not going to find any here. My goal is just to ask questions.
With that having been said, let’s start thinking in this direction.  Hopefully somebody far smarter than I am will take the ball from here.

One of the key sets of provisions in the DMCA deals with the “circumvention of access controls“.  These “access control” provisions forbid bypassing any technological measures designed to prevent or limit access to a work.

Here’s a very clear explanation of exactly what this means from Stoel Rives — whose legal experts are far better versed in the DMCA than I’ll ever be:  (Emphasis mine)

The DMCA’s basic rule prohibits the act of circumventing technological measures that “effectively control access” to a copyrighted work without the consent of the copyright owner. (An “effective access control” is a measure that in the ordinary course of its operation requires the application of information, or a process or treatment, with the authority of the copyright owner, to gain access to the work.) Prohibited acts therefore include descrambling a scrambled work, decrypting an encrypted work, or otherwise avoiding, bypassing, removing, deactivating or impairing a technological measure without the authority of the copyright owner.

To be clear: The “circumvention of access controls” provisions do not exist solely in the context of copying or distributing media.  They reference the ‘accessing’ of media which has been specifically access-restricted by technological means. Such technological means typically include DRM, encryption, password-protection and other methods for restricting access to a work.
So how might this apply to ad blocking?  (You probably see where I’m going with this.)
Thousands of websites have installed BlockAdblock and other restrictive measures designed to limit website access such that only those visitors not using an adblocker are permitted to view the content.  BlockAdblock and other anti-adblock systems are by nature “technological measures that effectively control access to a work”, to use the wording from the DMCA.
So what happens when Adblock Plus develops new technologies purposefully designed (more on this later) to circumvent such access controls?
I’m no legal scholar, but the Circumvention of Access Controls provisions of the DMCA would certainly appear to apply.
But wait. There’s more.
The DMCA doesn’t just stop there.  It also specifically bans tools that enable users to circumvent access controls.

Products that “aid and abet” circumvention

Again, the legal experts at Stoel Rives say it better than I ever could: (Emphasis mine) 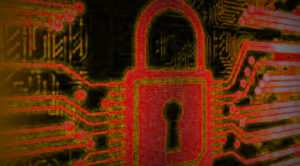 The exact text of the DMCA is as follows: (Emphasis mine)

No person shall manufacture, import, offer to the public, provide, or otherwise traffic in any technology, product, service, device, component, or part thereof, that—

Again, that sure looks like it applies.
But there’s an issue with Adblock Plus that makes this question of whether Adblock Plus violates the DMCA more nuanced than it might appear at first:  What we commonly think of as “Adblock Plus” is actually two different beasts.  Adblock Plus requires a “filter list” to actually block ads.  If you’re an Adblock Plus user, the chances are you’re using “EasyList” which is (by far) the most popular filter list in the world.   EasyList contains tens of thousands “rules” which tell Adblock Plus what to block and what not to block.  Without EasyList or another filter list, Adblock Plus can’t do much of anything at all.
EasyList is billed as a separate entity from Adblock Plus.  The list is released free under a Creative Commons license and the GPL, which means other competing ad-blockers can (and do) freely incorporate the list into their systems as well. And as an Adblock Plus user, you’re free to use a different list other than EasyList. While other lists are available from other sources, the percentage of Adblock Plus users using EasyList is very close to 100%.
Still, an important legal question must be asked:  Who exactly doing the circumvention?  Is Adblock Plus doing the dirty work? Or is it EasyList?

Does Adblock Plus circumvent access controls?  Or is it EasyList?

I’ve previously covered the rather flimsy separation of Adblock Plus and EasyList in a previous post, but just to re-cap quickly:  Adblock Plus claims on their site that AdBlock Plus itself “has no functionality”. (Never mind the overt absurdity of this statement for a moment).  They claim the real work is done by filter lists, which as already stated, are separate entities from Adblock Plus.


If you read that carefully, you’ll probably note that while Adblock Plus and EasyList are separate entities, they’re pretty much delivered at the same time, and as part of the same installation process. In other words, “We don’t actually block anything. But we’ll just go ahead and enable by default the largest and most popular filter list in the world, which will block ads on almost every website you visit.'”.   This seems to my eye like a rather obvious effort to conceptually (and legally) distinguish the Adblock Plus software from the EasyList filters, while essentially bundling them for all intents and purposes. 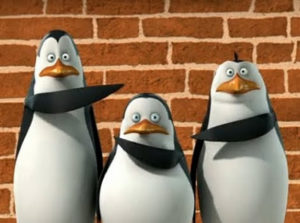 There’s much more to say about the relationship of Adblock Plus and EasyList but here are a few quick points:

I could go on, but we’ll leave further examination of this relationship for another post.  In my personal view (and most probably everyone else’s) the two entities are two sides of the same coin despite the GPL status of EasyList. Asking which entity is ultimately doing the actual access-control circumvention seems a bit like asking whether it’s guns or bullets that actually hurt people.

Ultimately, the legal distinction between Adblock Plus and its EasyList may not matter anyway: While EasyList does of course define the specific site elements to be filtered on any given domain, it is Adblock Plus by their own admission (I’ll get to this below) which designs their product with the intent to circumvent access controls.
Take this November 2015 blog post from the official Adblock Plus website for example:  Here, Adblock Plus developer (and Eyeo employee) Dave Barker describes a new Adblock Plus feature which will allow filter-list writers to circumvent anti-Adblock technologies.


Again, that’s an Adblock Plus software developer — not a filter-list author — publicly discussing new features specifically designed to circumvent Adblock detection technologies which would normally restrict access to a website.  I’m just a legal layman, but it seems cut and dry from where I’m standing: This is product feature specifically designed to “aid and abet” the circumvention of access controls. Again, the DMCA’s anti-circumvention measures would certainly seem to apply.


EasyList: “…primarily designed or produced for the purpose of circumventing a techological measure”

Of course, EasyList is also very clearly involved in disabling and circumventing access controls. There is even a list called “Anti Adblock Filters“, whose eponymous intent is circumvention.  The list authors ask for user support by writing “Please report any unblocked obtrusive anti-adblock messages or problems”.  In other words:  “If you experience any problems circumventing access controls, please just give us a shout.”
On EasyList’s “An Anti-Adblock Guide for Site Admins“, which as you might have guessed is a guide for site admins to bypass anti-adblock measures, EasyList clarifies their policy about circumvention:

Our policy states the following about those so-called anti-adblock measurements: “Anti-Adblock should only be challenged if the system limits website functionality or causes significant disruption to browsing”.

Got that? In other words  “Our access circumvention measures should only be employed in cases where the system restricts access.”  Glad that’s cleared up.
And as for EasyList being a Creative Commons / GPL project: EasyList’s third-party status as a Creative Commons work does not appear to afford it any special protections under the DMCA.  For one, regardless of EasyList’s “Anti Adblock Filters” public license it is still a manufactured “product, service, component or part” primarily designed to circumvent access controls — and clearly it is “offered to the public”.  Again, the DMCA would clearly appear to apply.
Lastly, the Anti Adblock Filters list (whose stated purpose is anti-circumvention)  is very clearly trafficked by Eyeo, who serves the EasyList site as a subdomain of adblockplus.org.

Multiple major publications from Bild.de to Forbes now block Adblock — some more successfully than others.   German content creators like Zeitt Online, Handelsblatt and Axel Springer have attempted to mount legal challenges against Eyeo and Adblock Plus with regard to their core function of blocking ads.  These attempts failed in court.  A more interesting (and possibly far more productive) strategic avenue for US publishers however, might be to challenge Adblock Plus’s intentional circumvention of publishers’ access controls under the DMCA.
To my eyes, the DMCA certainly seems to apply.
Of course, IANAL.
Please share this post.

51 Replies to “Is Adblock Plus violating the DMCA?”