Everyone knows that Adblock hurts small publishers and website owners by depriving them of revenue, but the effects of adblocking go far deeper than most people realize.  And while it’s true that aggressive ads damage the user experience of the web, there’s another, far more sinister side to that coin:  Here are a few ways Adblock use is destroying the web as we know it.

1) Adblocking is forcing independent publishers into the strictly controlled walled-gardens of mega-corporations. 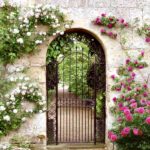 As adblocking has cut deeply into website revenues, independent voices are increasingly forced into the pockets of large corporations. We should all be concerned when the healthy eco-system of small and independent publishers is forced into the pockets of just three primary mega-coporations (Google, Apple and Facebook) which each exert increasing influence over what we read. 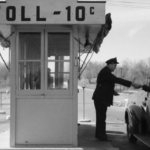 Many publishers are left with little choice: The overhead costs of writers, photographers, editors, coders and other vital website contributors now often exceeds traditional advertising-revenue — which for many publishing sectors has collapsed badly in Adblock’s wake.  In some countries like Germany, where nearly 40% of the public is now using ad-blockers, the problem is particularly acute. The solution for many publishers is a subscription “pay wall” which prevents free access to content, and requires a paid subscription to view. What was once a free-range of endless free information, is increasingly filled with pay-walled content. 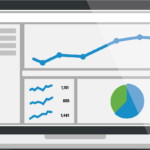 These anonymous data tools reveal no personal information about specific users, but do provide essential information to publishers and webmasters. These tools help site operators to detect problems with sites, improve site performance and respond to usage trends and patterns. A website deprived of this valuable data is more likely to experience technical issues or to lose touch with the tastes and usage patterns of its visitors.

4) Journalistic integrity is the first casualty of native advertising. 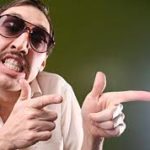 “Native advertising” is the industry’s new darling. This innocent name for advertising stealthily concealed as content (or within it) is hardly going to win many fans among readers after they realize they’ve traded banners for 5 minutes of deceptive advertising dressed-up as “news”. Despite the endless claims by publishers that so-called “native advertising” won’t result in plunging standards of journalism. These claims don’t even come close to passing the basic ‘sniff test’. When advertising masquerades as journalism to avoid adblocking software, publishers have already sold-out journalistic integrity to advertisers by definition.
For those who haven’t seen John Oliver’s brilliant summation of native advertising — it really can’t be said better than this:

5) The technological arms race will ultimately harm the web experience. 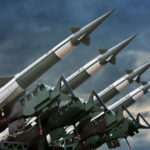 As I’ve noted several times, the technological arms-race is not optional for publishers. Pundits can cling to unproven answers like native advertising, acceptable ads and subscription models — but we already know that poorly targeted, poorly tracked, marginal, static ads underperform. And we know that subscription models for the vast majority of websites won’t work due to the side-door problem. (Cue the dozens of responses from ivory tower consultants who don’t directly earn their living with web advertising or who don’t understand how brief user engagement typically is).  It is also irrational to blame publishers for escalating a game of cat-and-mouse which was initiated by adblocking users at the outset. This unavoidable arms race will lead to a web filled with countermeasures, processor-intensive background scripts, anemic site-health metrics and a frequently interrupted web-experience. 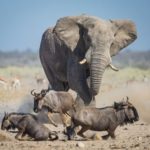 We need independent voices. When larger media companies with larger budgets can continue to profit in an adblocked world by paying the extortion fees of “acceptable ads” programs, or by premium positioning in news aggregators, or by partnering with the largest brands for unique native-advertising campaigns — smaller publishers will be left to eke out a living in a dwindling pool of non-adblocked users.  This effective culling of the smaller publishers in the eco-system effectively unwinds what has to-date, been one of the web’s great advantages:   A diversified landscape with equal accessibility to publishers of all sizes.

7) Many adblockers block all ads by default. Not just acceptable ads. 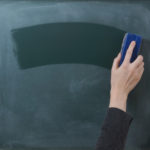 Let’s for a moment ignore the flimsy, profit-motivated philosophy of AdBlock Plus’ “acceptable ads” program which pretends that users and publishers share some common ‘best interest’ of publisher survival — and instead focus on what web users really want:  No ads at all.  As I’ve noted before, a vast number of users who block ads do not want better ads.  They want no ads whatsoever. The survival of any one publisher is not particularly concerning to ad blockers who simply want free news.  Hence, the selling point of many adblockers is that they block everything — not that they block selectively and responsibly. All the apologetic ad-industry mea culpas in the world are not going to result in a viable middle-ground when users are demanding both 100% free content and 100% ad-free content. 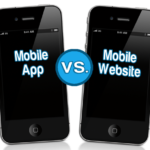 In an adblocking world, apps continue to represent an ad-safe zone, while by contrast the web becomes an increasingly ad-hostile zone. While this might sound like an even trade-off — it isn’t. Content discovery in apps and content discovery on the open web are vastly different things. On the web, we typically start with Search, and often find ourselves hopping from site to site via referring links. Our ability to access information on previously unknown sites is unlimited — and behavior patterns show that we frequently visit sites once and only once, never passing the homepage — often never even knowing the name of the site we are visiting. On the open web we come for information, access it, and often leave forever. Advertising makes the free-web and this dynamic possible. Most apps don’t.

Many adblockers like iOS’ Blockr app seek to “reduce the user interface” by removing not only ads, but social media sharing buttons as well. A practice that stunts potential viral growth via social sharing. As a result, the potential reach of a well written web-article is severely limited. Given that over 30% of site traffic now consists of social-media referrals, the impact to websites from curtailing social media shares should be cause for serious concern.

Anyone got more? Please post below in the comments.