One of the biggest buzzwords in the online ad industry for 2015 has been “native advertising“, or advertising which is cleverly camouflaged to match the other (“native”) non-advertising content on the page.
As Wikipedia defines it:

Native advertising is a type of advertising, usually online but feasibly elsewhere, that matches the form and function of the platform upon which it appears.

Publishers have rushed to the native advertising concept primarily because of the sharp rise in ad-blocking —  operating on the theory that if an ad is harder to identify as an ad, it should therefore perform better against ad blockers.
Never mind that this theory never really held up (Ad blockers swiftly adapted to block a wide variety of native ads and native ad networks), but now the FTC has produced it’s clearest statement yet on what it sees as an essentially deceptive form of advertising. 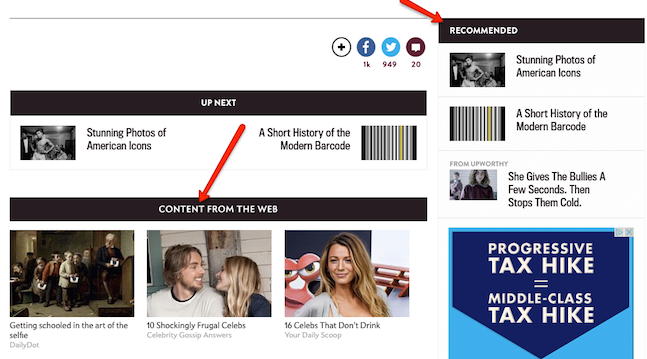 In short:  If you can’t tell it’s an ad before you click on it, it’s deceptive advertising and against the law.
As the FTC puts it:

“Advertising and promotional messages that are not identifiable as advertising to consumers are deceptive if they mislead consumers into believing they are independent, impartial, or not from the sponsoring advertiser itself.”
…
“The Commission will find an advertisement deceptive if the ad misleads reasonable consumers as to its nature or source”

And there’s the problem from an ad-blocking perspective:  The ability of any native ad to evade ad blockers relies heavily on not being able to identify it as an advertisement.  As soon as any telltale “Advertising:” or “Sponsored Content:” message appears alongside the native advertising content, blocking that content becomes trivial.
Any publishers still hoping that native advertising holds the answer to ad-blocking will have to keep looking for another answer. The secret sauce that made native advertising special was ultimately the degree to which it could mimic non-advertising.  Now the FTC has clearly stated that disguising advertising as native content may be “deceptive” if the ad is not clearly marked as an ad — on the publisher’s site, not just the advertiser’s site:

Which of course, makes it incredibly easy to identify — and block.
Is it any wonder that more and more publishers are arriving at the decision to simply Block Adblock?

39 Replies to “Did the FTC just kill native advertising?”