The new Brave browser produced by Javascript-inventor Brendan Eich, promises to “solve” the problem of ad blocking by offering users a choice — and by incentivizing users with Bitcoin payments to view ads on publishers’ websites.
The idea has created a swirl of public attention primarily because users who browse websites with the new browser will actually get paid for content consumption. 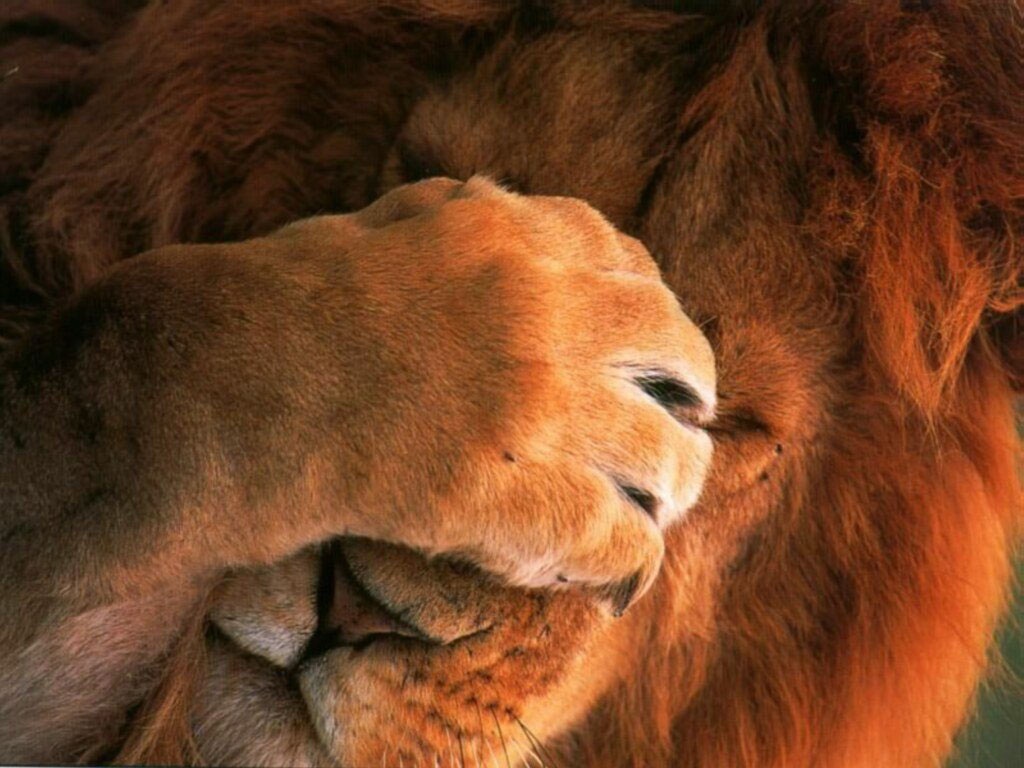 First off, just in case the math here isn’t obvious — those Bitcoin payments have to come from somewhere, and that somewhere is skimming off publishers’ ad revenues.
As if this business model of producing free-content and then paying readers to read it weren’t already the worst proposition in the history of publishing — Brave has created the following chart to illustrate three additional models by which publishers can earn even less: 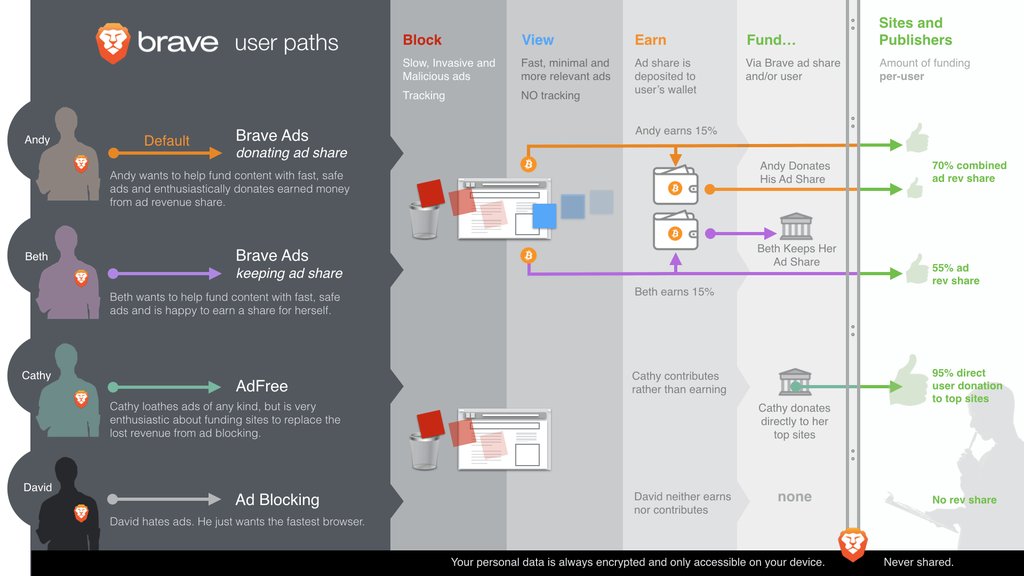 In the above ‘user paths’, we see four possible avenues of media consumption and compensation.

In the first scenario, “Andy” opts to see ads, and selflessly donate his share of the revenue to the sites he visits.
One must note that this scenario is not very different from not using Brave browser at all — and not blocking ads at all.
So why is Andy using Brave? Why not use Chrome or Firefox with tracking protection and no Adblock?  I don’t know. But because Andy did decide to use Brave, the websites he visits get to make an involuntary donation of 30% of their ad revenue to Brave Software.
Thanks, Andy. Thanks, Brave.
Publisher’s loss: 30% of ad revenues.

In the second scenario, “Beth” opts to see ads but decides to join Brave in fleecing the publisher by taking some of the ad revenue for herself.
What possible reason is there that Beth should be paid for her consumption of free content? I don’t know. But it would appear that the quid pro quo of free content in exchange for ad-viewing has been magically transformed into something Brave euphemistically calls “earning” money — and the free content part of the equation has been mysteriously removed from the table.
In this scenario Beth is colluding with Brave — She skims off her 15% of the total which in turn affords Brave the opportunity to skim an additional 30% off the top.  Everybody’s happy. Unless of course you’re an already struggling publisher and you just lost almost half your revenue.
Thanks, Beth. Thanks, Brave.
Publisher’s loss: 45% of ad revenues.

In the third scenario, Cathy affords herself of 100% free and 100% ad-free content but don’t worry she’ll make up for it with donations.
One must note that donation options already exist on hundreds of thousands of sites and have existed for a long time. If sites could exist on donations they would. There’s ample data which says they can’t.  Even extremly popular sites cannot survive on donations alone. Even subscriptions don’t even work for the vast majority of sites, so no one should pretend that voluntary payments will amount to a meaningful revenue stream.
How likely is it that users will opt for this scenario for any given site? Highly unlikely. The data is in on donation supported sites, and it works only in rare cases. Subscriptions are hard enough. Just ask the NY Times.
Publisher’s loss: Somewhere just south of 100% of revenues.

In the fourth scenario, “David” affords himself of 100% free and 100% ad-free content, and he pays nothing. Sites lose 100% of their ad revenue in this scenario.
Thanks, David.
How likely is this scenario? Highly likely. In fact, it’s the default setting for the browser at the time of this posting. And scenarios 1-3 don’t exist yet.
Publisher’s loss: 100% of revenues

Which of the above scenarios is most likely?

Scenarios #2 and #4 are obviously going to be the most popular.  In scenario #2 readers “earn” Bitcoin by suffering the indignity of advertising accompanying their free content. In scenario #4 readers see no ads whatsoever and enjoy the magic of endless free journalism.  The other two scenarios are variations of voluntary contributions, which needless to say will be less popular.
So what will publisher losses for each Brave user look like?
Somewhere between 30% and 100%.
Thanks, Brave.