Adblocking companies are sprouting up across the digital landscape, all making similar promises of a “better Internet”. From the industry leaders like the original Adblock and it’s successor Adblock Plus, to established competitors like AdGuard and Ublock, the pitch is always the same: We are doing this for a better Internet.
But the unavoidable, uncomfortable truth is that the actions of these players are negatively impacting the ecosystem of the web. Many publishers and creators are already facing an existential crisis, and the problem continues to grow exponentially.

Whose fault is malware?

Many of the gripes of users who block ads are unquestionably legitimate (and serious).  Advertising-borne malware is a dire and persistent problem. What appear to be simple images on the margins of web pages can carry with them sophisticated program-code, exploiting software flaws to jump the confines of the browser sandbox and infect users’ computer systems. Once installed, malware can log keystrokes, report on private activity and destroy local data. These risks are real and in urgent need of a structural solution. But forcing publishers to bear the pain for the malware problem is counterproductive.
Leverage placed on publishers by way of “revenue denial” results in little upstream pressure on advertising networks and other giants of the Internet. Due to the sheer number of content sources, the nature of the relationship between publishers and advertisers, the relative scale between most publishers and large advertising markets, and the complexity of the ad-tech ecosystem publishers often have limited ability to apply pressure and affect change along the advertising supply chain. While publishers may be the public face of the web, a vast and complex root-network of ad-tech stretches far beneath the visible surface.  From deep within this subsurface ecosystem which reaches well beyond the influence of content creators, come the thousands of cumulative bad-decisions that result in the proliferation of malware.

The problem of malware arises from an extremely broad set of failures — including flaws in operating systems, browsers, plugins like Flash and holes in javascript itself. It’s 2016 and we still haven’t completely sandboxed javascript or solved the problem of cross-site scripting. Flash, Java and other plugins are ongoing disasters from a security perspective. Operating systems continue to struggle to find a balance between ever expanding functionality and the inherent risks that their increased complexity brings. Many browsers are still riddled with flaws, and while some companies like Google have taken commendable strides by offering lucrative rewards to “bounty hunters” in search of security flaws — other companies like Apple and Microsoft both bear multiple black marks for their failures to quickly address published exploits.
Understanding the broad systemic roots of the malware problem, and the sheer size of the players involved makes it clear that publishers are the unfortunate, “easy” target of public wrath and in a hopelessly poor position to turn and dictate demands to the giants of the technology industry. When ad blockers deprive publishers of revenues, publishers are increasingly at the mercy of larger players — rather than in an empowered position to demand that advertisers clean up their act.
The resulting scenario is a deeply unhealthy business landscape for journalism and ad-supported media in general — as well as a convenient pretense for opportunistic adblocking companies to justify fleecing creators. As publishers’ profits continue to be decimated by adblocking, their ability to successfully fend off the demands of advertisers are reduced. It’s one thing to expect publishers to responsibly limit advertiser requests in the name of public interest, but it’s quite another to expect them to bite the hand that feeds them when their survival is increasingly at stake.

Adblocking companies pretend to be the “good guys”

If you listen to multi-million dollar companies like Eyeo — creator of the popular Adblock Plus plugin — you might start believing that adblocking is purely a public response to these security issues.
Not only do multiple purpose-built tools exist to protect users against malware and tracking — those tools do a better job of protecting privacy than many popular ad blockers. When Adblock Plus for example, allows major tracking companies like Criteo to pay their way past filters, the “security” justification for adblocking must be taken with a rather large grain of salt. 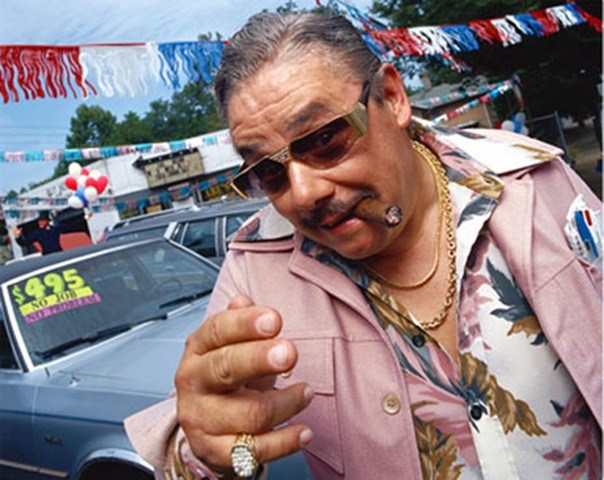 Meanwhile Ghostery, PrivacyBadger, Disconnect and other (actual) privacy-protecting plugins whose primary purpose is to prevent tracking, enjoy little time in the spotlight. These privacy-specific plugins don’t extract a pound of flesh from publishers, or practice shady protection rackets like Adblock Plus’ “Acceptable Ads” program.
Why are they never discussed? Because unfortunately for publishers and privacy-plugins alike, ad blocking companies are devastatingly adept on the PR front.
Not only have ad blocking companies managed to convince users that their primary motivation is the public’s best interest, but they have done a remarkably effective job portraying themselves as the only privacy option on the table. We are consistently presented with a false dichotomy: Block ads, or accept risks to security.
To hear it from ad blockers, no other options to protect against privacy or malware seem to be available. But the public relations assault doesn’t stop there. While on one hand Adblock Plus rakes in millions of dollars for whitelisting ad-tech companies whose primary business is tracking and re-targeting, on the other hand its PR wizards pretend to be agents of positive social change by spinning carefully-crafted programs like the “Acceptable Ads Manifesto” (note the reference) and even redirecting a portion of skimmed profits to Amnesty International in the name of “free speech”.


(Yes, a plugin capable of blocking content, page elements and social sharing buttons while selectively whitelisting a handful of insiders who pay under the table … is donating to free speech. Hats off to Eyeo’s PR spin-doctors. You guys are good.)
Two weeks ago the reality-distortion field hit ridiculous new levels when Adblock Plus announced a partnership with Flattr — a venture launched by the creators of the infamous Pirate Bay file-sharing portal. The new partnership (dubbed “Flattr Plus“) is supposedly out to “help creators generate revenue for their works”. Amazingly, when the founders of these two companies who themselves have caused billions of dollars of combined previous damage to creators made their launch-announcement, the public actually applauded them for their socially conscious steps towards a “sustainable” media ecosystem. (!)
Never mind the billions in lost revenues that Adblock Plus alone has caused to creators, or the fact that over the past 6 years Flattr has already proven itself to be less than effective in generating publisher revenues —  these two agents of profound unsustainability are somehow expected to produce sustainability when combined. Amazing.
Randall Rothenberg, CEO of the Interactive Advertising Bureau summed up this unholy marriage with a single tweet:

The rise of the walled garden

The weakened state of publishers is now leading them into the false sanctuaries of the Internet’s “walled gardens”: Facebook, Apple News and others. These non-public media distribution platforms promise consistent revenues but exert powerful influence over content visibility — and of course, add one more hand to the cookie jar of publishing revenues. 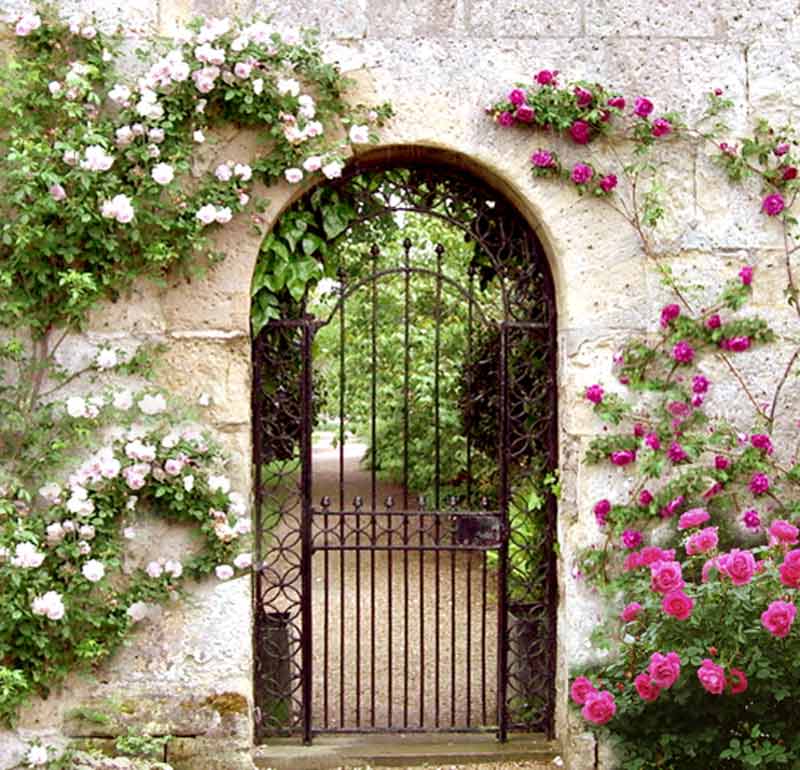 The rise of Facebook as a news delivery platform is particularly ironic for anyone interested in user “privacy”.  The often heard claims that ‘ads violate reader privacy’ pass the point of absurdity when said claims come from users of Facebook who have already voluntarily parted with their privacy in exchange for access to the site.
Blocking ads and thereby destroying free, ad-supported media under the name of “privacy protection”, while simultaneously continuing to use Facebook and other social media platforms is clearly contradictory and patently self-defeating. Even with Adblock installed, users of social networks and many news aggregators are being tracked and their data sold off.
This vicious cycle of denying publisher ad-revenue, while simultaneously empowering the walled-gardens of Internet mega-corporations is a dangerous recipe for destroying the power of the fourth estate. But somehow publishers who fight this trend with anti-adblock solutions like BlockAdblock are cast as “bad actors”.
Privacy  “activist” Alexander Hanff recently went to war against embattled European publishers attempting to protect their revenue and independence. To date, he seems to be capturing the ears of EU commissioners (or so he claims) despite his misrepresentation of technology. It’s sadly ironic that actions of supposedly “populist” activists ultimately deprive thousands of independent publishers of their vital revenue and force them into the hands of a few Internet giants.
Hanff and his supporters should be careful what they wish for. As I have tweeted far too many times already: You can’t have democracy without independent media, and you can’t have independent media without independent commercial viability.
As for that ‘commercial viability’ – these same activists are quick to cite a few alternative business models that are ‘sure to work’ if only publishers would just give them a try… but I’ll get to that next time.
…This post is already getting too long so I’ll pick it up in Part II where I’ll point out the problems with so-called “alternative models”…
Thanks for reading.

22 Replies to “Adblocking and its dangerous arguments – Part I”